The day I first set foot in New Malden, I immediately broke down in tears.

This is exactly what I looked like – minus the faucet: 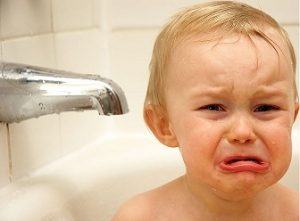 As mentioned in the previous entry, I had just spent a glorious day in Kingston, admiring the town, visiting my university, and was pumped to see where I would be living for a year. I had over-sized hopes and expectations.

The friendly, helpful bus drivers at the Kingston Fairfield station recommended me taking the #213 bus. 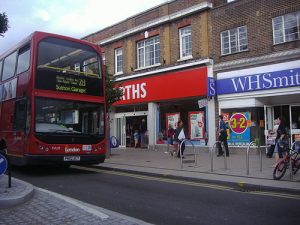 It took just about 40 minutes to arrive. During that time, the sun vanished, the skies darkened, and it started to pour. I got off the bus, hopes dashed, freaked out that it would be taking me so long to commute to school every day. That, plus the weather, plus being directionally-challenged and getting lost twice over, made for a most unpleasant first impression.

I couldn’t believe it. When I had checked out pictures of my apartment building online, it looked big and cozy, bright and cheerful. There was definitely a disconnect between my expectations and what was standing right in front of me. I felt duped. And, also, for the record, a little hoodwinked.

On top of that, the town itself looked miserable. I know that this was in part due to the rain, but that didn’t offer any comfort. The surrounding area looked industrial and run down. The streets were chock-full of Korean people (this didn’t contribute to my disappointment, but it did contribute to my surprise). This was not the quintessentially British town I had envisioned. I felt a million miles away from Kingston. Later on I would learn that New Malden is famous for being predominately Korean, so that explains that. Also, I came to realize that all of London is now so multicultural that there is no such thing as “quintessentially British” anymore. That’s another one of those antiquated notions I had picked up  from watching one too many movies.

Fortunately, I ended up making fast friends with my flatmates, which definitely came in handy in December, when our landlord began massive, invasive construction on our building and created a disaster zone for us to live in for the remaining 9 months.  Oh, but that’s a different story of its own.

Living in New Malden ended up broadening my palate as well. I quickly discovered that a predominantly Korean neighborhood meant lots of delicious food. They say that the way to a man’s heart is through his stomach. Truer words have never been spoken. A few Bulgogi Bibimbaps later – try saying that 5 times fast – and I was a New Malden convert. Suddenly the town didn’t seem so bad. 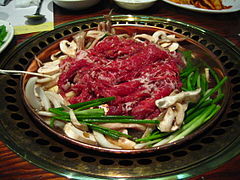 Restaurants aside, New Malden also had a nice little park with a tennis court, plenty of trees, and open space. High street was just a couple blocks away, full of restaurants, a post office, little shops and a gym. Everything I needed was within short walking distance. Also, after I complained to everybody about the #213, I quickly learned that nobody takes that bus, as the #131 is much faster. Rookie mistake.

I have to say that the town was very conveniently located. When traveling to Central London, it took about 10 minutes by bus to reach the Raynes Park train station, and then another 15-20 minutes to Waterloo station. Not too shabby. 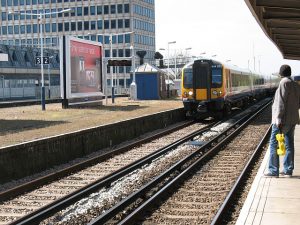 Everyone knows that England is on the rainier side. So I realize now that I shouldn’t have let some bad weather dampen my spirits. And there were plenty of gorgeous days to follow. Here are some of my favorite shots: 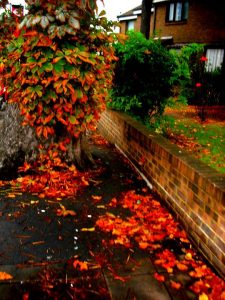 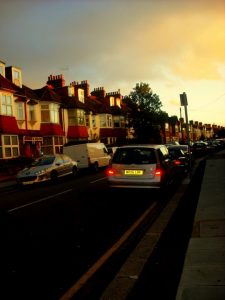 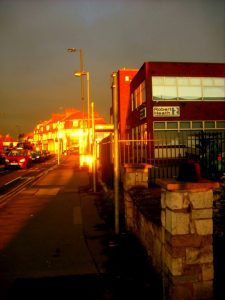 The British are known for their sense of humor. Here are two little pieces of evidence I stumbled upon on the streets: 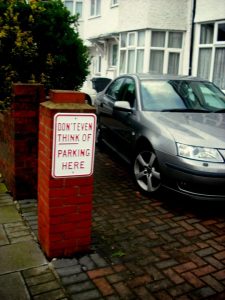 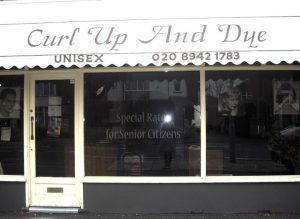 If that name doesn’t draw you right in, then I just don’t know.

So all in all, while its charms may not have been readily apparent, by September 2011 I felt at home in this funny little town,  and didn’t want to leave.

If you happen to visit, here’s the name and address of my favorite Korean restaurant.

« Top Tips on a Trip to China: Tip #1- If possible, get your visa while in your home country.
Archive
Ajisai Japanese Restaurant – New York, NY »