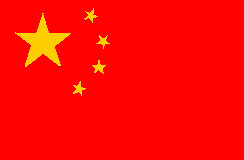 For most people, this probably sounds obvious. However, if you are traveling through Asia and decide to go to China at the last minute, or are an expatriate (a person currently living outside of their home country), you will be in for a little bit of heartache.

If you want to so much as leave any airport in mainland China, you need a visa. There is no getting around this fact, especially if you are American. You also need to get the visa through a travel agency that has been approved by the Chinese government. Since I was living and teaching in Korea at the time, I had to ask my mentor teacher to call a travel agency on my behalf so that I could apply for a visa. There are two types of visas, single entry and multiple entry. Each I believe was the same price (or if not, the price difference is so negligible that it still would’ve paid off to get the multiple entry visa). When my mentor teacher asked which one I wanted, I elected to put my $180 towards a multiple entry visa. I sent off my application with my passport.

It was a nerve-wracking couple of weeks without my passport because, especially in a foreign country, your passport is worth about 500 times its weight in gold. It felt like Christmas the day that I got my visa’d passport back. I excitedly ripped open the envelope to see what the visa looked like in my passport. There was a picture of the majestic Great Wall in the background. It had my name and birthdate on it. Then my eye settled on a line titled “Entries” with a 1 next to it. Another line read “Enter Before: 13 Mar 2011” (it was December of 2010 at the time). That made me suspicious that they had mistakenly given me a single entry visa. I appealed to my mentor teacher to talk to the travel agency. She then told me that I was not allowed to receive a multiple entry visa because I was not living in the United States at the time.

I was fuming. I’m sure I was sending smoke signals to neighboring towns. I had paid $180 for the visa for my week long trip to China. Should I have ever decided to go back, it would’ve cost me ANOTHER $180. Granted, I had no idea that I would be going to China while I was back home in America, so I don’t think this could have been prevented in my case. Hindsight is 20/20. Try your best to get your visas in your home country.